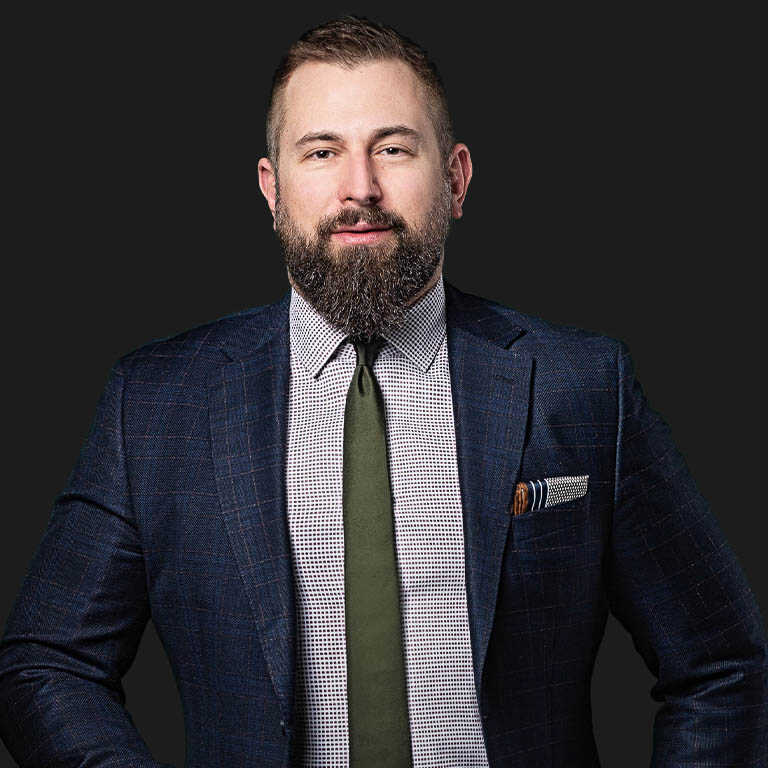 Throughout his legal career, Kurt has gained a broad exposure to several practice areas, including divorce and family law, civil litigation, personal injury, employment law, real estate, wills and estates, corporate/commercial, and criminal matters. Although he continues to maintain a general practice incorporating many of these areas in order to best meet the diverse needs of his client base, Kurt currently focuses his practice on two core areas; Family Law & Real Estate.

Outside the office, Kurt spends time giving back to the community through his philanthropic efforts and spending time at home with his family.

Kurt’s passion for excellence in governance culminated in him obtaining the prestigious ICD.D designation from the Institute of Corporate Directors and Rotman School of Business at the University of Toronto in July of 2020.

Kurt is also a philanthropist, and has personally supported many different pillars of the Lethbridge and area community, including the Chinook Regional Hospital Foundation, Lethbridge College, the University of Lethbridge, Lethbridge Family Services, the Southern Alberta Art Gallery, as well as a number of other charities.

In December of 2015, Kurt was named one of Lethbridge’s Top 40 Under 40 by the Lethbridge Chamber of Commerce. In September of 2017, he was honoured to be given the traditional Blackfoot name, Stamiksiiitoohkitapoyii – Bull Buffalo Standing on the Hill, by the FMNI Chapter of the University of Lethbridge Alumni Association.

Extremely professional and expert advice. Felt valued as a client.

Kurt always told me all the information that I needed to either go forward or not, so I did not waste any money. He was to the point but also compassionate with everything I was going through. He never gave up on me and fought for what was the best for me and my kids.

Kurt gave great advice and helped me navigate a difficult situation. Always professional, he made it very easy to talk through my options. He streamlined the process and saved me a lot of time and money. Kurt and his team were supportive and wonderful to work with. I am so grateful to have had this team working on my case, and I would highly recommend to anyone going through a divorce.

Jack and Jill were able to resolve the legal issues arising from the breakdown of their marriage amicably, and by …

My colleague Gayle Hiscocks recently wrote an article about the importance of obtaining proper legal advice. I could not agree …