Imagine you’re at a social event. You’re mingling, maybe trying to nab an extra serving of dessert or wine, and someone starts chatting with you. As they chat – and you try to eye up some more snacks – you realize they’re talking about a particular issue relating to your profession. They’re talking incorrectly about that particular issue.

This recently happened to me: a person alleged, without knowing I was a lawyer, that they had been discriminated against at their former job. They were going to go “all the way to the human rights court,” and sue their former employer. The employee and employer, it appeared, hadn’t gotten along, and the employee was sure that the boss, “just hated me.”

Hate, it appears, involved having to do all the tedious jobs while other employees got “cushy” assignments. Intrigued, I asked, “Why do you think your boss hates you?”

The answer? “Dunno. She just does.”

We live in a world where the conflict regarding the vast differences between people is never-ending. This never-ending conflict often gets in the way of a fundamental fact: all humans are equal.

That’s possibly a bold statement, especially given the fact that people are often not treated equally. Legally speaking though, all Canadians are subject to the exact same rights, including democratic rights (the right to vote), language rights, equality rights, religious rights (the right to believe or not and to practice that belief), freedom of expression, and freedom of assembly and association. These fundamental rights are vital to all of us “humans.”

A human rights claim deals with discrimination: making a distinction, in favour or against, a person or thing based on the group, class, or category to which that person or thing belongs, rather than on individual merit. Actual discrimination always falls into one of the protected grounds. This is clearly outlined in the Alberta Human Rights Act, RSA 2000 in categories.

The categories include race, religious belief, gender, gender identity and expression, physical or mental disability, age, ancestry, place of origin, marital status, source of income, family status, and sexual orientation. To successfully file a human rights claim, you must fall into one of these protected grounds and – most importantly – you must be able to prove that you are being singled out to your detriment based off of those protected grounds.

The kicker? No employer is going to tell you that’s why you weren’t hired or why you were fired. They’ll always come up with another reason they were in their rights to dismiss you. It then becomes your job to prove you were unfairly discriminated against.

In the long run, it’s harder to do when you are turned down for a position. The nuances around hiring make those discriminations harder to demonstrate without a doubt. Usually, it’s easiest to prove when you’re fired.

Timing, bullying, and other discriminating facts around a dismissal are usually pretty transparent. To be honest, many people who discriminate are terrible at hiding it – maybe because they’re not usually bright – so it’s a matter of collecting the evidence.

(And when I say they’re not bright, trust me. You would not believe how often offensive, discriminating notes are left to the employee. They also tend to make their comments to other employees who then report it.)

In most cases, it’s easy to prove. And then it’s on the employer to prove, somehow, that the dismissal still wasn’t discrimination.

Relief under the Act is also different than under the courts. The commission’s mandate is always to correct the behaviour, not reward the dismissed, so the awards are generally not very high. (Definitely not high enough to retire on!) In the end, the goal is to make sure the employer doesn’t commit the offence again.

This is why I commend anyone who I represent in a Human Rights dispute: it is important. It’s important to bring attention to these actions, to make these claims, or this unacceptable behaviour will never end.

People who file human rights claims are remarkable. They are the trailblazers. Just as remarkable as any employer who fights an invented scenario from a disgruntled employee who’s looking to shake them down. Trust me: it happens. There are bad people on that side of the fence, too. In my opinion, those storytellers are diminishing the pain and hurt that actually discriminated individuals have suffered.  But, don’t get me started…

Back to my original story: did you notice that there wasn’t a protected ground for “my boss hates me for no reason?”  Yeah – because there isn’t any. That’s not a protected ground, which means it wouldn’t be accepted by the commission.

But I always hope that maybe – just maybe – these articles help the next person who believes they have been discriminated against.

Want more information on Human Rights actions?  Contact me below or any one of my well-informed colleagues to set up a chat.

Oops! We could not locate your form. 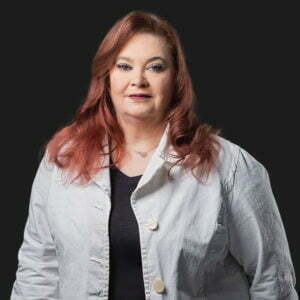 Born in Kingston, Ontario, Gayle moved to Lethbridge when she was young, as her father was a founding member of

The Christmas season is a magical time. Some even call the holidays the most wonderful time of the year. December

Imagine you’re at a social event. You’re mingling, maybe trying to nab an extra serving of dessert or wine, and